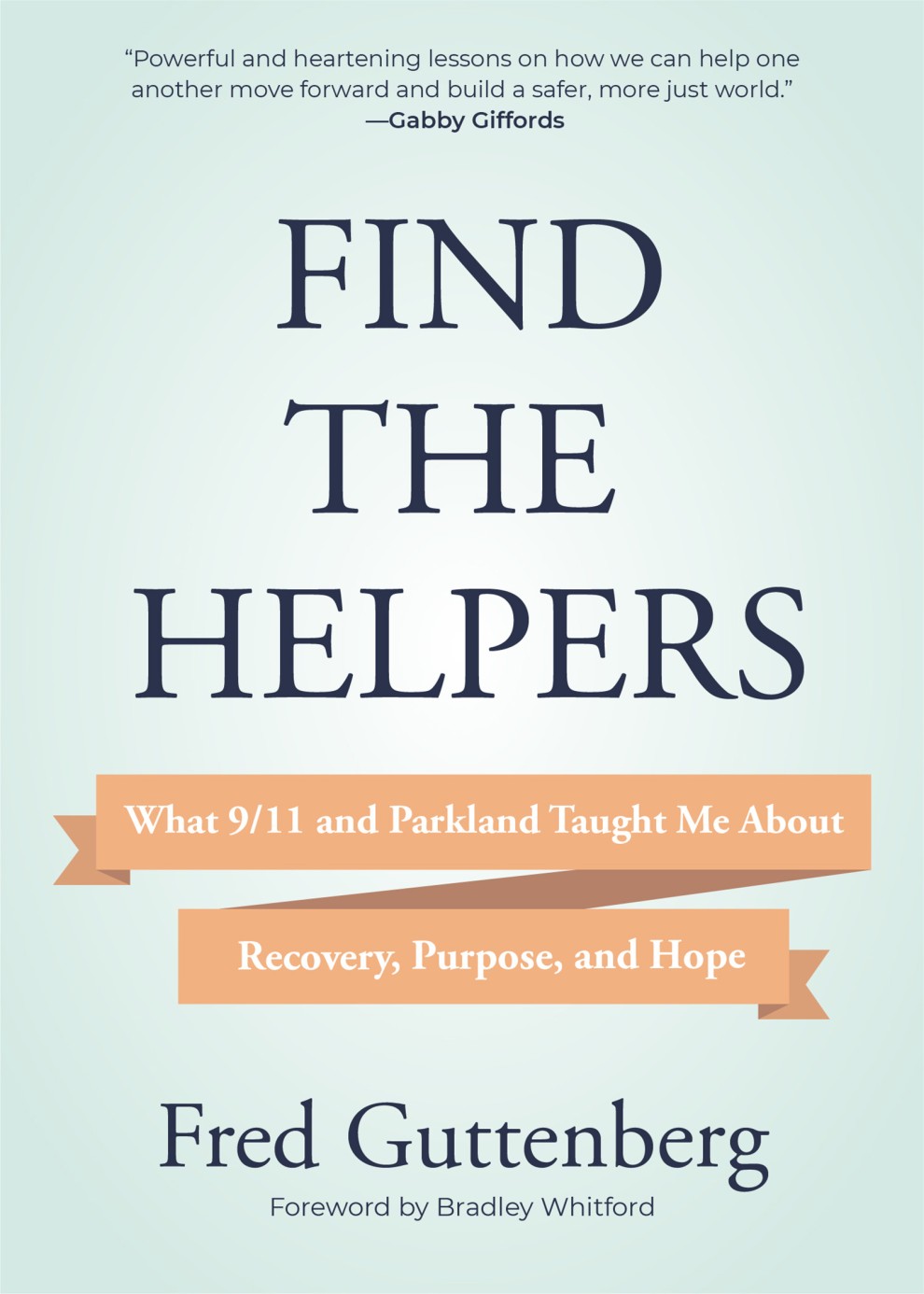 FRED GUTTENBERG, Find the Helpers: What 9/11 and Parkland Taught Me About Recovery, Purpose, and Hope

In Conversation with Holly Firfer

Tickets: FREE or $ 25 for one event ticket and one copy of Find the Helpers with signed bookplate

Fred Guttenberg loved watching Mr. Rogers with his daughter and his son when they were young. Their favorite piece of wisdom was: in the midst of tragedy and catastrophe, find the helpers.

Life changed forever on Valentine's Day 2018. What was to be a family day celebrating love turned into a nightmare. Thirty-four people were shot at Marjory Stoneman Douglas High School in Parkland, Florida. Jaime Guttenberg, a fourteen-year-old with a huge heart, was the second to last victim. That she and so many of her fellow students were struck down in cold blood galvanized many to action, including Jaime’s father Fred, who was already struggling with deep personal loss. Four months earlier, his brother Michael died of 9/11-induced pancreatic cancer.

Find the Helpers tells the story of Fred Guttenberg’s journey since Jaime’s death and how he has been able to get through the worst of times thanks to the kindness and compassion of others.