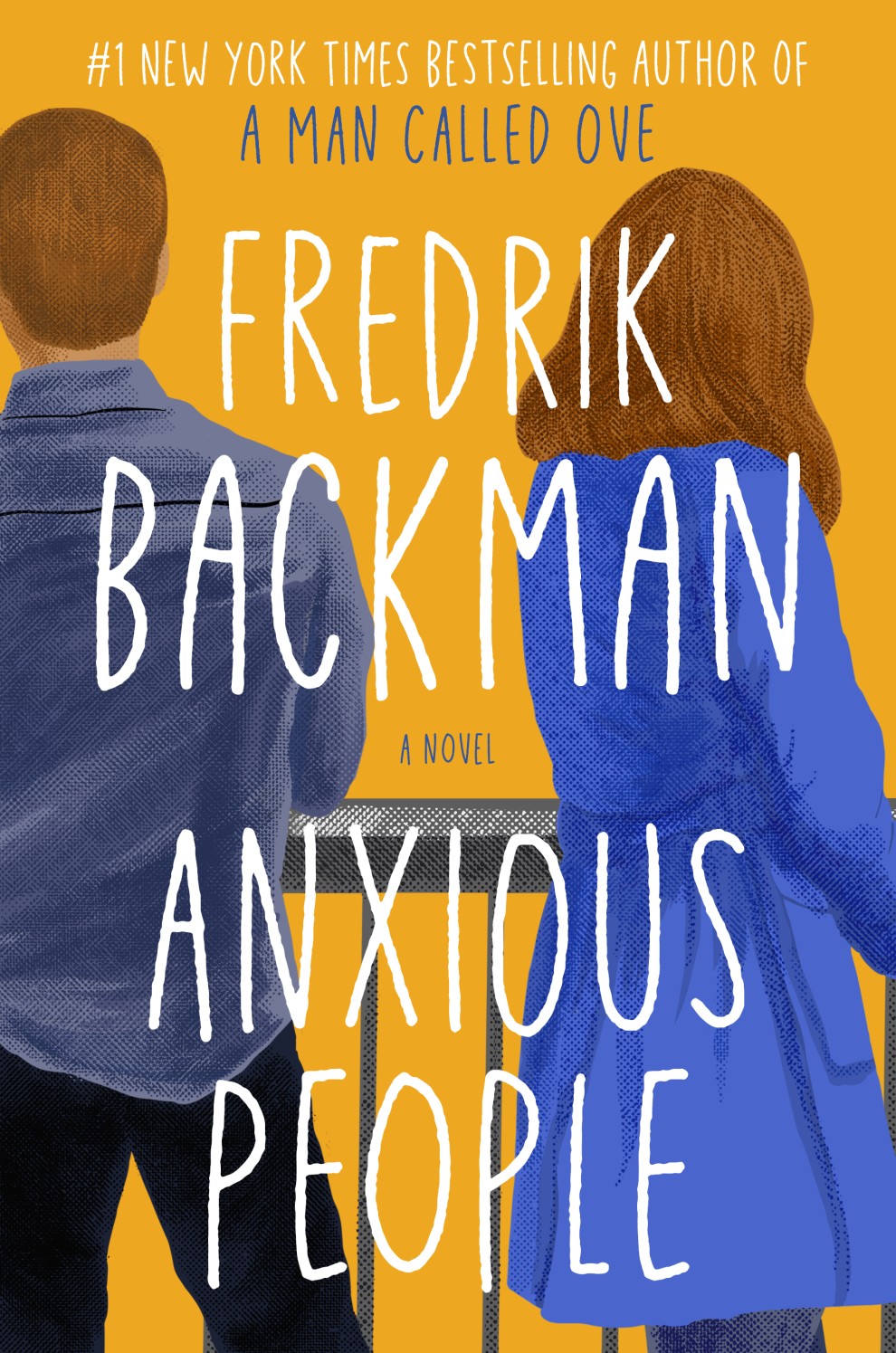 Tickets: $6 or $36 for one free ticket and one copy of Anxious People (includes shipping)

From the #1 New York Times bestselling author of A Man Called Ove and “writer of astonishing depth” (The Washington Times) comes a poignant, charming novel about a crime that never took place, a would-be bank robber who disappears into thin air, and eight extremely anxious strangers who find they have more in common than they ever imagined.

Looking at real estate isn’t usually a life-or-death situation, but an apartment open house becomes just that when a failed bank robber bursts in and takes a group of strangers hostage. The captives include a recently retired couple who relentlessly hunt down fixer-uppers to avoid the painful truth that they can’t fix their own marriage. There’s a wealthy bank director who has been too busy to care about anyone else and a young couple who are about to have their first child but can’t seem to agree on anything. Add to the mix an eighty-seven-year-old woman who has lived long enough not to be afraid of someone waving a gun in her face, a flustered but still-ready-to-make-a-deal real estate agent, and a mystery man who has locked himself in the apartment’s only bathroom, and you’ve got the worst group of hostages in the world. None of them is entirely who they appear to be. As the authorities and the media surround the premises, these reluctant allies will reveal surprising truths about themselves and set in motion a chain of events so unexpected that even they can hardly explain what happens next.

Fredrik Backman is the #1 New York Times bestselling author of A Man Called Ove, My Grandmother Asked Me to Tell You She’s Sorry, Beartown, and many more plus two novellas, And Every Morning the Way Home Gets Longer and Longer and The Deal of a Lifetime, as well as one work of nonfiction, Things My Son Needs to Know About the World. His books are published in more than forty countries. He lives in Stockholm, Sweden, with his wife and two children. Connect with him on Twitter @BackmanLand or on Instagram @Backmansk.