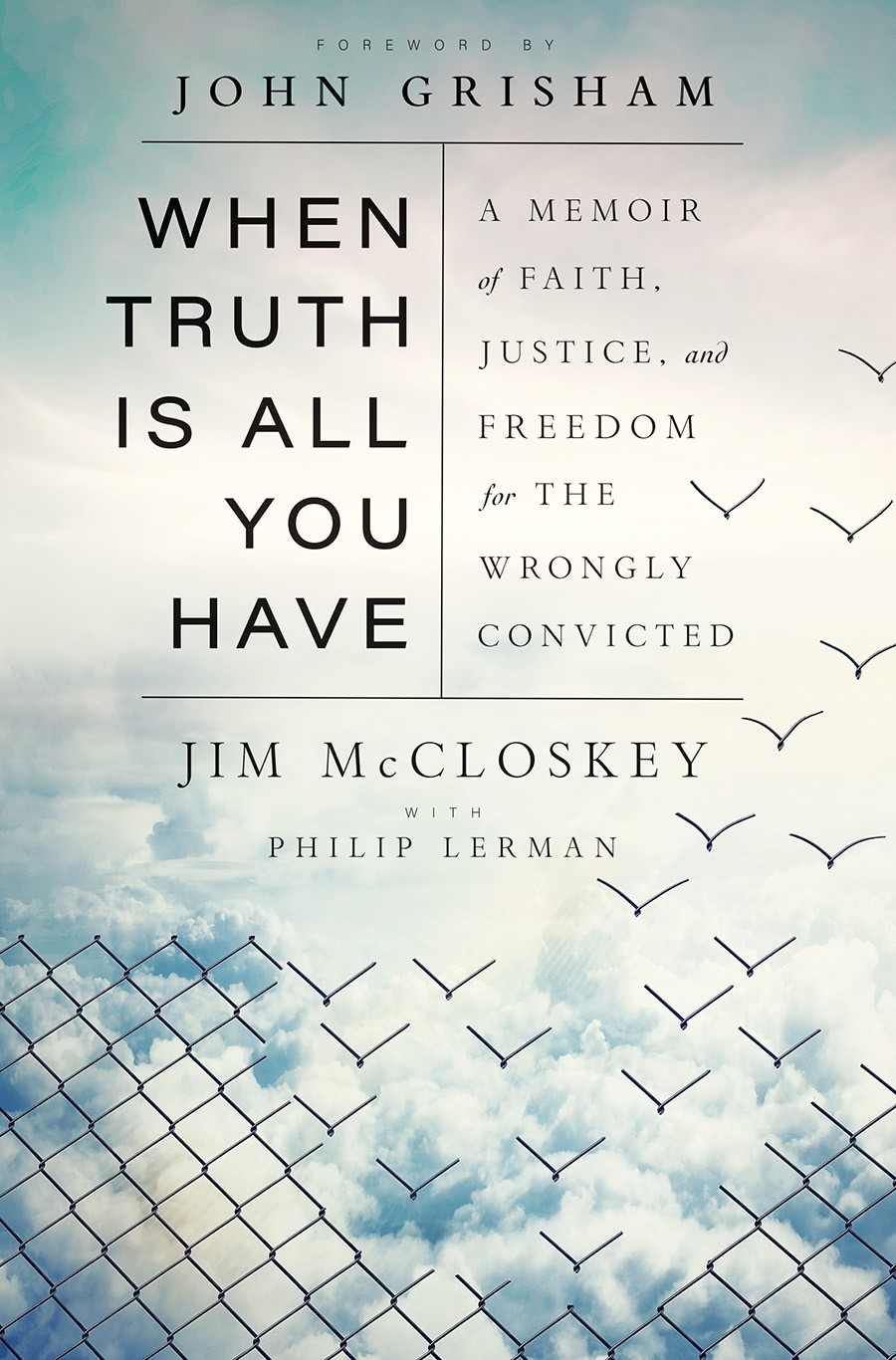 Jim McCloskey and Philip Lerman When the Truth is All You Have: A Memoir of Faith, Justice, and Freedom for the Wrongly Convicted

By the founder of the first organization in the United States committed to freeing the wrongly imprisoned, this is a riveting story of devotion, sacrifice, and vindication. Jim McCloskey was at a midlife crossroads when he met the man who would change his life. A former management consultant, McCloskey enrolled at Princeton Theological Seminary at age 37. His first assignment, in 1980, was as a chaplain at Trenton State Prison. Among the inmates was Jorge de los Santos, a heroin addict who’d been convicted of murder years earlier and swore that he was innocent. Over time, McCloskey came to believe him. With no legal or investigative training to speak of, McCloskey threw himself into the case. Two years later, thanks to those efforts, Jorge de los Santos walked free, fully exonerated. McCloskey had found his calling. He established Centurion Ministries, the first group in America devoted to overturning wrongful convictions and a team of forensic experts, lawyers, and volunteers. Through tireless investigation and an unflagging dedication to justice—Centurion has freed 63 innocent prisoners who had been sentenced to life or death.

When Truth Is All You Have is McCloskey’s inspirational story, and as those unjustly imprisoned, a chronicle of faith and doubt, triumphant success and shattering failure, a soul-bearing account of a man who has redeemed innumerable lives—and incited a movement – with nothing more than his unshakeable belief in truth.

Jim McCloskey is the founder of Centurion Ministries. He served in the U.S. Navy, patrolling rivers in the Mekong Delta of Vietnam, and spent twelve years in international consulting. He has a Masters of Divinity from Princeton Theological Seminary. Today McCloskey is retired from active oversight of Centurion, though he continues to serve on the board and pursue cases.

Philip Lerman has been the national editor of USA Today, co-producer of "America's Most Wanted," and executive producer of PBS's "Made in Spain." He is the author of Dadditude and co-author of numerous nonfiction books.