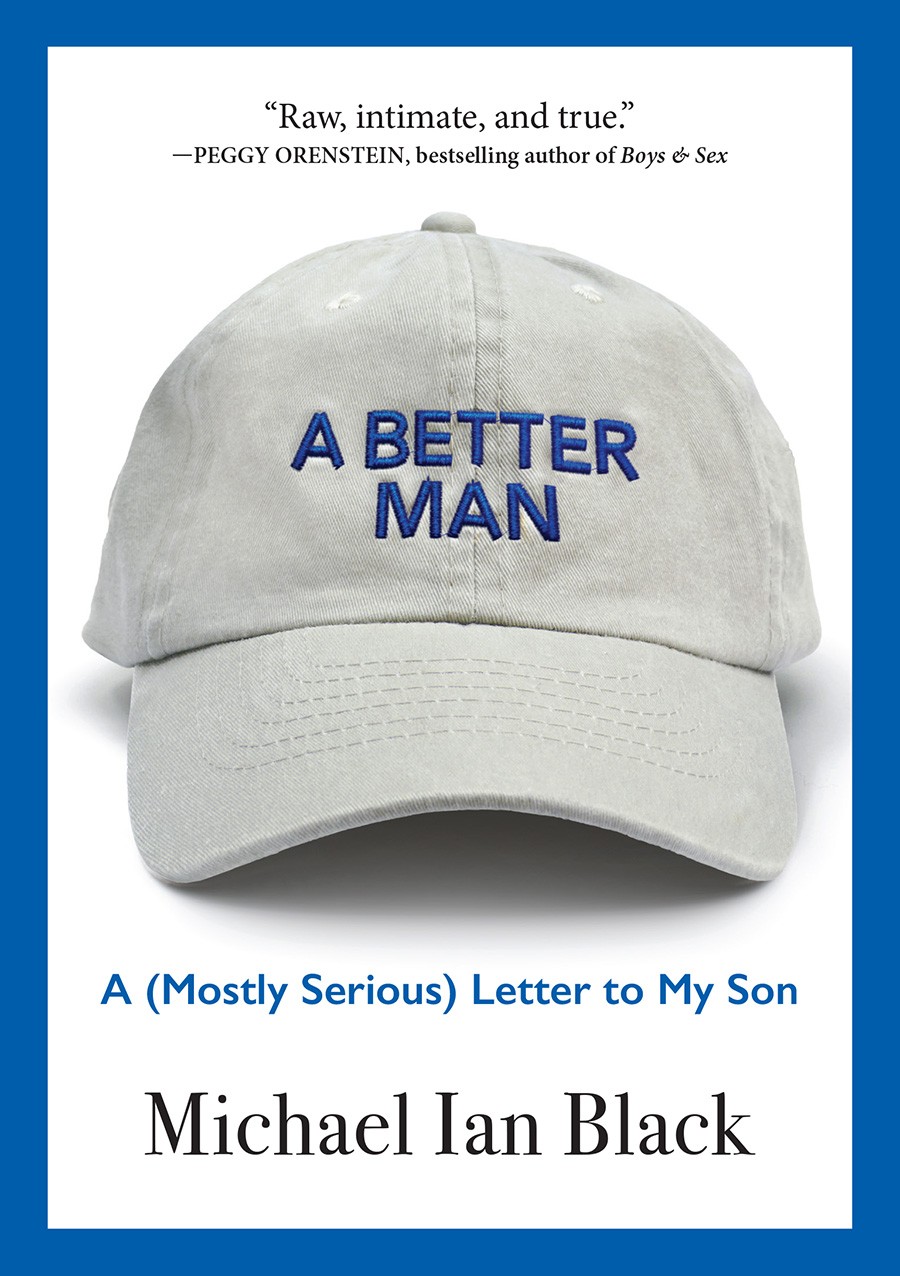 Michael Ian Black, A Better Man: A (Mostly Serious) Letter to My Son

A poignant look at boyhood, in the form of a heartfelt letter from comedian, actor, and author, and father Michael Ian Black to his teenage son before he leaves for college, and a radical plea for rethinking masculinity and teaching young men to give and receive love.

In a world in which the word masculinity now often goes hand in hand with toxic,  Black offers up a way forward for boys, men, and anyone who loves them. Part memoir, part advice book,  A Better Man reveals Black’s own complicated relationship with his father, explores the damage and rising violence caused by the expectations placed on boys to “man up,” and searches for the best way to help young men be part of the solution, not the problem. “If we cannot allow ourselves vulnerability,” he writes, “how are we supposed to experience wonder, fear, tenderness?” Black skillfully navigates the complex gender issues of our time and delivers a poignant answer to an urgent question: How can we be, and raise, better men?

Michael Ian Black is an actor, comedian, and writer who started his career with the sketch comedy show The State, on MTV, and has created and starred in many other television shows. Movie appearances include Wet Hot American Summer, The Baxter, and Sextuplets. Black is the author of several books for children, including the award-winning I’m Bored, I’m Sad, and I’m Worried. As a stand-up comedian, Michael regularly tours the country and has released several comedy albums. His podcasts include Mike & Tom Eat Snacks, with Tom Cavanagh; Topics, with Michael Showalter; How to Be Amazing; and Obscure.

Cleo Stiller, Modern Manhood: Conversations About the Complicated World of Being a Good Man Today

Here are a few self-evident truths: Predatory men need to go, sexual assault is wrong, and women and men should be equal. If you’re a man and disagree with any of the aforementioned, then this book isn’t for you.

But if you agree, you’re probably one of the “good guys.” That said, you might also be feeling frustrated, exasperated, and perhaps even skeptical about the current national conversation surrounding #MeToo (among many other things). You’ve likely found yourself in countless experiences or conversations lately where the situation feels gray, at best. You have a lot to say, but you’re afraid to say it and worried that one wrong move will land you in the hot seat. From money and sex to dating and work and everything in between—it can all be so confusing! And when do we start talking about solutions instead of putting each other down?

In Modern Manhood, Emmy- and Peabody Award-nominated reporter Cleo Stiller sheds light on all the gray areas out there, using conversations that real men and women are having with their friends, their dates, their family, and themselves. Free of judgment, preaching, and sugarcoating, Modern Manhood is engaging, provocative, and, ultimately, a great resource for gaining a deeper understanding of what it means to genuinely be a good man today.

Cleo Stiller is a Peabody Award–nominated, Emmy Award–nominated, and Gracie Award–winning reporter and a self-identified “relationship nonexpert” obsessed with exploring stories about health, gender, and technology among millennials. Her acclaimed television show Sex.Right.Now. explored deeply personal and political stories about health and identity. She has been featured in The New York Times, Self, Variety, Bustle, Essence, and Lifehacker.