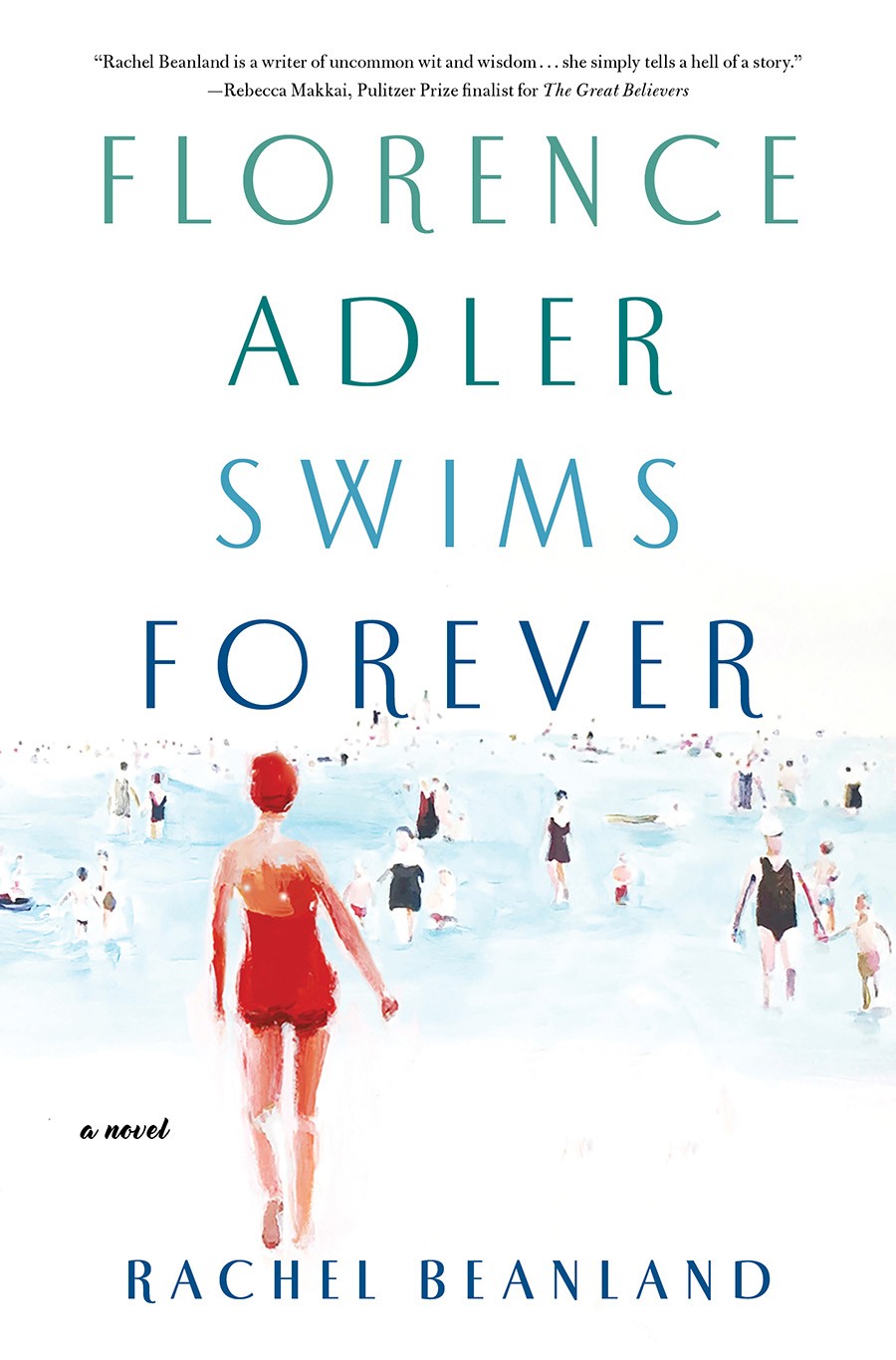 In Conversation with Andrea Peskind Katz

Atlantic City, 1934. Renting their house to summer vacationers, Esther and Joseph Adler move into the cramped apartment above their bakery. Now one daughter, Florence has returned from college to spend the summer training to swim the English Channel, her pregnant sister, Fannie, is on bed rest and a young woman emigre from Nazi Germany has joined the crowded the apartment. Esther’s only thought is to keep her daughters close and safe but Fannie’s pregnancy is risky, her husband, Isaac, is a schemer, and Florence’s suitor is the handsome heir of a hotel notorious for its anti-Semitic policies. When tragedy strikes, Esther decides to hide the truth—at least until Fannie’s baby is born—and pulls the family into an elaborate web of secret-keeping and lies. Long-buried tensions rise to the surface, revealing how the act of protecting those we love can turn into betrayal. Based on a true story, Beanland’s family saga is an uplifting portrayal of how the human spirit can endure and even thrive after a tragedy.

Rachel Beanland is an MFA candidate in creative writing at Virginia Commonwealth University. She holds bachelor’s degrees in art history and journalism from the University of South and

Carolina and lives in Richmond, Virginia with her husband and three children.

Inspired by an astonishing true story from World War II, a young woman with a talent for forgery helps hundreds of Jewish children flee the Nazis in this unforgettable historical novel from the New York Times bestselling author of The Winemaker’s Wife. Eva Traube Abrams, a semi-retired Florida librarian, is shelving books when her eyes lock on a magazine photograph of a book she hasn’t seen in sixty-five years and recognizes as The Book of Lost Names. The accompanying article discusses the Nazis’ looting of libraries and the search to reunite people with the texts taken from them so long ago. The book, an 18th century religious text, appears to contain some sort of code, but researchers don’t know where it came from—or what the code means. Only Eva holds the answer - but will she have the strength to revisit old memories and help reunite those lost during the war? In 1942, Eva had fled Paris and in a small mountain town in the Free Zone, began forging identity documents for Jewish children fleeing to neutral Switzerland. But erasing people comes with a price, and along with a mysterious, handsome forger named Rémy, Eva sought to preserve the real names of the children. The records they kept in The Book of Lost Names became even more vital when their resistance cell was betrayed and Rémy disappeared. The Book of Lost Names is a testament to the resilience of the human spirit and the power of bravery and love in the face of evil.

Kristin Harmel is the New York Times bestselling and #1 international bestselling author of The Book of Lost Names, The Winemaker's Wife, The Room on Rue Amelie, and a dozen other novels that have been translated into numerous languages and sold all over the world.