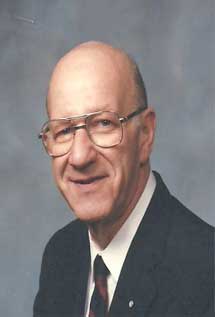 Arthur L. Goldberg was born and raised in Harrisburg to immigrant parents. A practicing defense attorney, he was a leader and role model throughout his life -- at William Penn High School, Harrisburg Hebrew School, Kesher Israel Synagogue, and The Silver Academy. Arthur extended himself for causes that brought people together, proudly speaking as a Jew alongside leaders of other religions to build unity in the community. Compassionately and quietly, he helped people in need. He was a mentor, fair and just, courageously standing up for his beliefs in public and private, even if they were unpopular. He was emulated and admired in the courtroom by clients, colleagues, judges, law enforcement, and even legal adversaries. Arthur was a warm and devoted son, husband, father, grandfather, brother, and uncle - With a twinkle in his blue eyes, he loved to delight every audience with his magic tricks and ready humor.