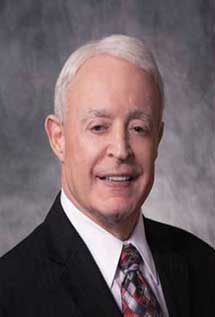 We are not of the Jewish faith, but all 26 of us have been active in the general community in Central Pennsylvania, with Corky, for many years, on so many different projects and programs. All the projects that benefited the low income and minority communities. None of us have been as active as Corky. We raised all the funds for to honor Corky in the Federation’s Legacy Hall. WE strongly believe it is so important for future generations within the Jewish Community of Harrisburg to always remember and try and follow his tremendous legacy from his body of work of reaching out to the community at large, and doing so, with his Jewish faith being well-known. Corky has built and maintained many strong “alliances” and “bridges” between and for so many non-Jewish people, partially for the poor and disadvantaged. His honored name will continue to bring high praise, credibility, and integrity to the entire Jewish Community for his tremendous accomplishments. WE chose to honor him while he is alive, as his ongoing impact as a Jewish leader in the community at large has been unmatched in our lifetime. It is a magnificent legacy for the Jewish community to have a member of the faith make such a powerful and positive mark of giving of himself to others, who truly need someone to sincerely care and work tirelessly to give them a better life. The many projects that he started and help grow have all made a major difference in the hopes and dreams of others who saw no “light at the end of the tunnel.” We are very proud to make this financial contribution to the Jewish Federation’s Legacy Hall in Corky Goldstein’s honor, as active members of the non-Jewish Community of Greater Harrisburg. We have all learned a great deal about what is truly important in life from him.

A Gift from The Non-Jewish Community, Harrisburg