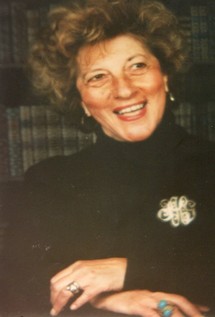 Fannie Grant Krevsky grew up at the old “Y” at 1110 N. 3rd Street, was President of Mizrachi, an active member of Hadassah, and Cub Scout Den Mother at Kesher Israel. A passionate volunteer, she worked on numerous national and statewide political campaigns, went to Johnstown during the aftermath of Hurricane Agnes, helped organize the Dauphin County Agency on Aging as well as the JCC Senior Citizen’s Men’s Group, and Sunday Funday programs. Fannie worked professionally for the Commonwealth of Pennsylvania as an archivist, the Department of Community Affairs, and for the City of Harrisburg’s Mayor’s Office. She served 24 years on the Harrisburg School District Board, two years as its President, and also on the boards of the Public Library, Police Athletic League, and Volunteers of America. A proud civic leader, she and Herman raised five children and imbued in them a love for the JCC as a hub and anchor for the family.

A Gift from: The Shlomo Zalman Krevsky Fund