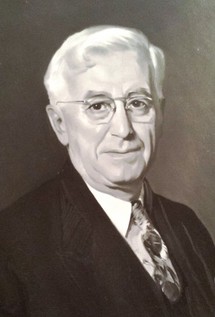 Louis Lehrman was born in Kublitz, Belarussia in 1881. He arrived in USA in 1896. Met and married Sarah Sachs, who lived in Baltimore, in 1906. He opened a grocery store in Steelton Pa. at 2nd and Chestnut Streets. They moved to Harrisburg in the 1920s and he opened a wholesale grocery business under the Mulberry St. bridge that served "mom and pop" stores until the 1960s. His son, Benjamin joined him there in business: Louis Lehrman and Son. He was the Treasurer for the YMHA (now the JCC) for many years when it was on 3rd Street in Harrisburg. He served as a treasurer for the Harrisburg Community Chest (now the UNITED WAY). He was a board member at Tiphereth Israel Synagogue in Harrisburg. Joined Ohev Sholom in 1910 and was an active board member there. He died on March 20, 1959.

A Gift from the Lois Lehrman Grass Foundation