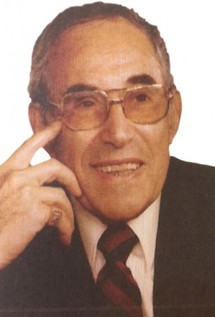 Our father, Morrie, was a pillar of the community and a leader in the Jewish Community as well as the city of Harrisburg. He was a member of Beth El and Chisuk Emuna, on the board of Harristown, and was instrumental in building the Hilton. Morrie was known as a finance wizard, also. He served on the Penn State Alumni Board for twelve years, and created the first credit card at Penn State and it took off in schools all over the country. Morrie won many awards including First Distinguished Alumni Achievement Award which was created especially for him, the Albert Hursh Award, and National Endowment Achievement Award. He was also a President of the JCC, and most of all he was known for his revered integrity.