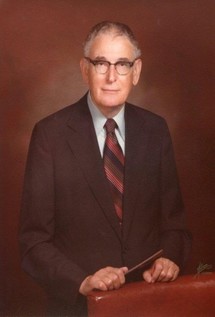 Gilbert “Ott” Nurick was a pillar in the community. He graduated from The Dickinson School of Law in 1931, married Sylvia Krauss in 1932, became a founding partner of McNees, Wallace & Nurick in 1935, and served in the United States Navy from 1943-1945. He was the president of the United Jewish Community of Harrisburg and, in 1967; he was elected as the first Jewish president of the Pennsylvania Bar Association. Through his legal prowess, he was instrumental in establishing the Hershey Medical Center and became known as the legal architect of the Center. He will always be remembered as a person of the highest ethics and one who gave his all to his family and community.

A Gift from Carl, Beth, Herb and Donna Nurick, and Betty Nurick Caplan