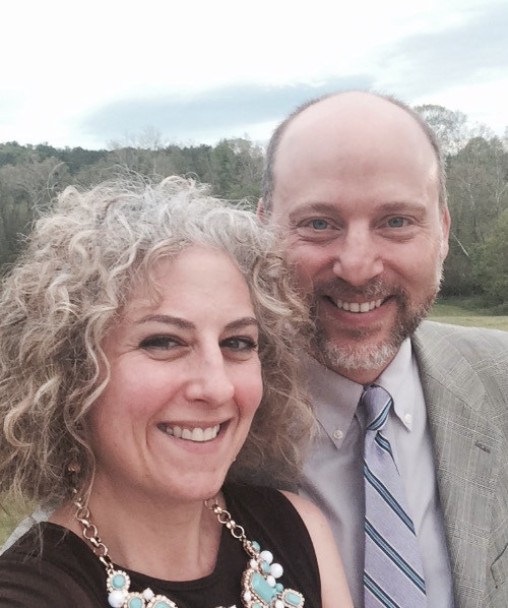 Vote for Howard and Bryna

Howard & Bryna met in 1986 while “working” as Junior Counselors at Beth Tfiloh Day Camp in Baltimore (thanks Jewish camps!).  They’ve been having fun ever since.  After a long-distance college relationship, stretching from the University of Virginia to the University of Delaware, and after Bryna earned her Master’s in Social Work, they were married in 1994 in Columbia, Maryland (right across from the Mall, for the shopping inclined).  After settling for two years in Alexandria, Virginia, they were off to North Carolina where Bryna worked at Duke University Medical Center and Howard earned his MBA from Duke University.   Then they started moving around a bit – a year in Englewood, NJ; six years in Nyack, NY; four years in Harrisburg; three years in Rogers, Arkansas; and back to Harrisburg for the last four years – and they plan on staying put!

During that time, they started their favorite project – building their family.  They don’t like to think of themselves as traditional, but it may be hard to argue otherwise, since nothing makes them happier than their home of a Boy (Julian), a Girl (Lilah), a dog (Piper), a cat (Scarlett), and a white picket fence.  Other than loving their family, and each other, their interests most often diverge.  So given that, at least one of them likes the following (those who know them best can probably guess who):  cold weather, hot weather, Zumba, The Ravens, Facebook, Reading, EDM and Hip Hop, NPR, shoes, tossing Frisbees, paved places, walking in the woods.  Oh, and they both love great food and new places to eat it!

During week days, you can find Bryna working at Jewish Family Service, and Howard at Ahold USA (parent company of Giant).  In the evenings, you’ll find them driving kids to one activity or another – often taking Julian to his various club meetings or basketball and Lilah to dance class.  Make no mistake, they’re not even close to being the best dancers in the family, but they’re always up for fun.  Looking forward to seeing you at the JCC’s Dancing with the Stars!