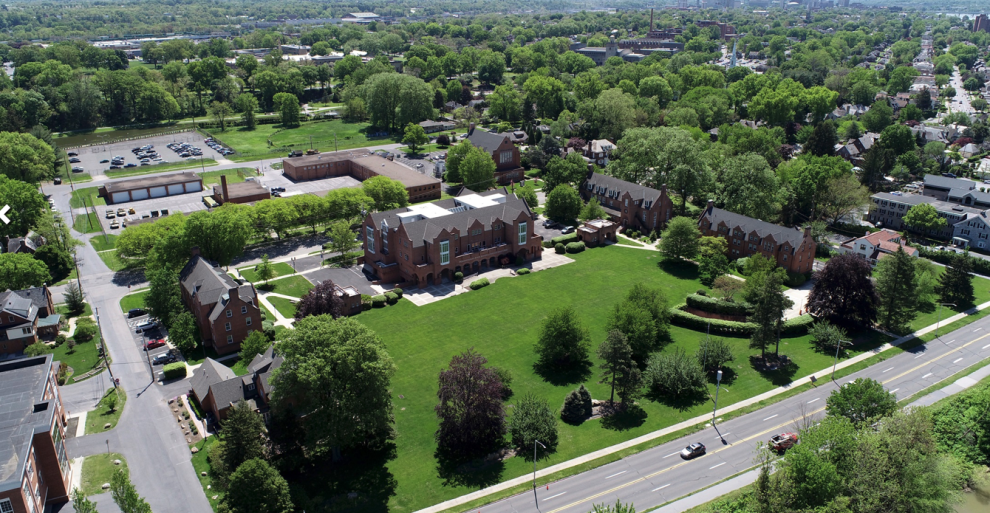 The Jewish Federation of Greater Harrisburg is excited to announce that yesterday it finalized the purchase of the Dixon University Center from the Commonwealth of Pennsylvania and will begin work transforming the property into the Alexander Grass Campus for Jewish Life.

Nearly six months after the Federation won a competitive bid to purchase the former higher education campus at 2986 N. Second Street in Harrisburg from the commonwealth, the final real estate documents were signed on March 31. Planning has already begun to make the location the new hub of Jewish life in Central Pennsylvania and a place for all people from the area to learn, meet and enjoy.

“This is a major milestone for the Jewish Community and for the region,” said Federation Board Chair Abby Smith. “We now will create a campus that allows deeper collaboration among many organizations, better serves the community, and provides a home for Jewish Harrisburg for generations to come.”

Smith explained that The Grass Campus will enhance the quality of Jewish life in Greater Harrisburg through philanthropy, education, social services, arts, culture, health, and wellness. The campus is designed to benefit and serve the community-at-large, regardless of religious affiliation, she added.

The Grass Campus, which includes six buildings on more than six acres of land, is located between Second and Front streets. It sits just a few blocks away from the current Jewish Community Center.

The Alexander Grass Campus for Jewish Life is possible thanks to the generosity of the Alexander Grass Foundation. President of the Foundation Elizabeth Grass Weese said, "My brother, Roger, and I are thrilled we could be part of this new chapter for the Jewish Community. Our father, Alex Grass, was a pillar of the Harrisburg community. His legacy will live on through this vision of comprehensive programs and activities, serving the entire community from birth to seniors. We share our father’s vision and know The Grass Campus will ensure sustainability into the future.”

The Jewish Federation of Greater Harrisburg is the umbrella organization for the Jewish Community Center and the Grass Campus will include space for all of its programs and activities, from the Brenner Family Early Learning Center that cares for infants to preschool-age children, to the fitness center. The Grass Campus also will provide a new home for Jewish Family Service of Greater Harrisburg and the Silver Academy, Central Pennsylvania’s Jewish day school. The Federation plans to provide senior services and programming serving the entire Harrisburg area community.

The next step is to begin construction during the coming months to ensure the space meets the needs of the community and programs. The current Jewish Community Center, at 3301 N. Front Street Front Street, will remain fully operational until the renovations are complete in early 2023. The Dixon University Center property was purchased for $4.56 million.