A Civil Discussion on Israel’s Path to the Future: Perspectives from Left and Right​

The Jewish Community Relations Councils of York and Greater Harrisburg invite you to Beth El Temple in Harrisburg for an unforgettable program featuring speakers Jonathan S. Tobin, opinion editor for JNS.org and contributor to the New York Post and National Review, and J. J. Goldberg, editor-at-large of the Forward newspaper and former U.S. bureau chief of the Israeli news magazine The Jerusalem Report. Thought leaders Tobin and Goldberg will debate critical issues concerning the State of Israel. 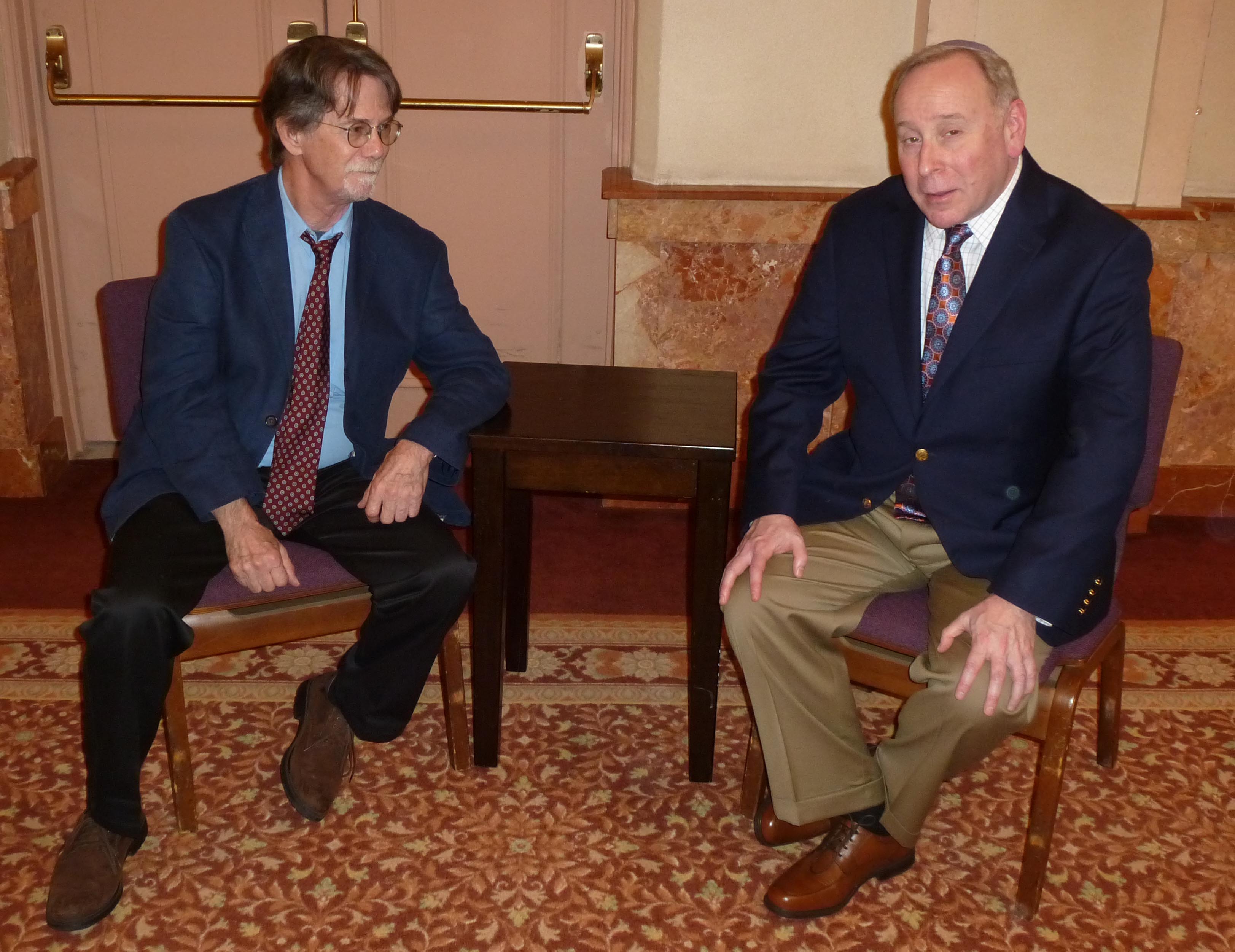 What impact will the Trump administration have on the U.S.-Israel relationship or the peace process and how should American Jews feel about it? Is partition into two states the only way to ensure Israel’s survival -- or is it the surest path to ever-increasing bloodshed?

Mr. Tobin will argue that that despite worries about the new administration, supporters of Israel should draw a distinction between partisan politics and the interests of the Jewish community and the U.S.-Israel alliance. He will also assert that when liberals seek to dictate terms or pressure Israel to make concessions to Palestinians who still won’t make peace on any terms, they threaten the Jewish state’s security while weakening the West in what is still an existential struggle against Islamist terror.

Mr. Goldberg will argue that American Jews must defend their values against the policies of the Trump administration. He also asserts that Israel could enter a regional alliance with moderate Sunni states if it accepted the Saudi-led Arab Peace Initiative leading to a Palestinian state. He believes that as long as it tries to retain control of the West Bank, Israel will face continuing Palestinian violence, ever-worsening diplomatic isolation and, ultimately, the end of the Jewish state.

Jonathan S. Tobin is a contributing writer to National Review, the leading conservative magazine in the United States, the opinion editor of the JNS news service and a columnist for the New York Post, Israel Hayom, Haaretz and the New York Jewish Week. He was an editor at Commentary magazine from 2008 to 2016 and the editor in chief of the Jewish Exponent in Philadelphia from 1998 to 2008. He is a frequent commentator on domestic politics, Israel and the Jewish world.

J.J. Goldberg is editor-at-large of the newspaper The Forward, where he served as editor in chief for seven years. In the past he served as U.S. bureau chief of the Israeli newsmagazine Jerusalem Report, managing editor of The Jewish Week of New York and as a nationally syndicated columnist in Jewish weeklies. He previously served as an education specialist with the World Zionist Organization in Jerusalem and was a member and secretary of Kibbutz Gezer, near Tel Aviv. Goldberg is the author of Jewish Power: Inside the American Jewish Establishment, published in 1996.

Attention York County Residents: Free bus transportation from JCC is provided. Registrants can reserve a seat
by contacting Rachel Singer at 717.843.0918 or rsinger@yorkjcc.org.